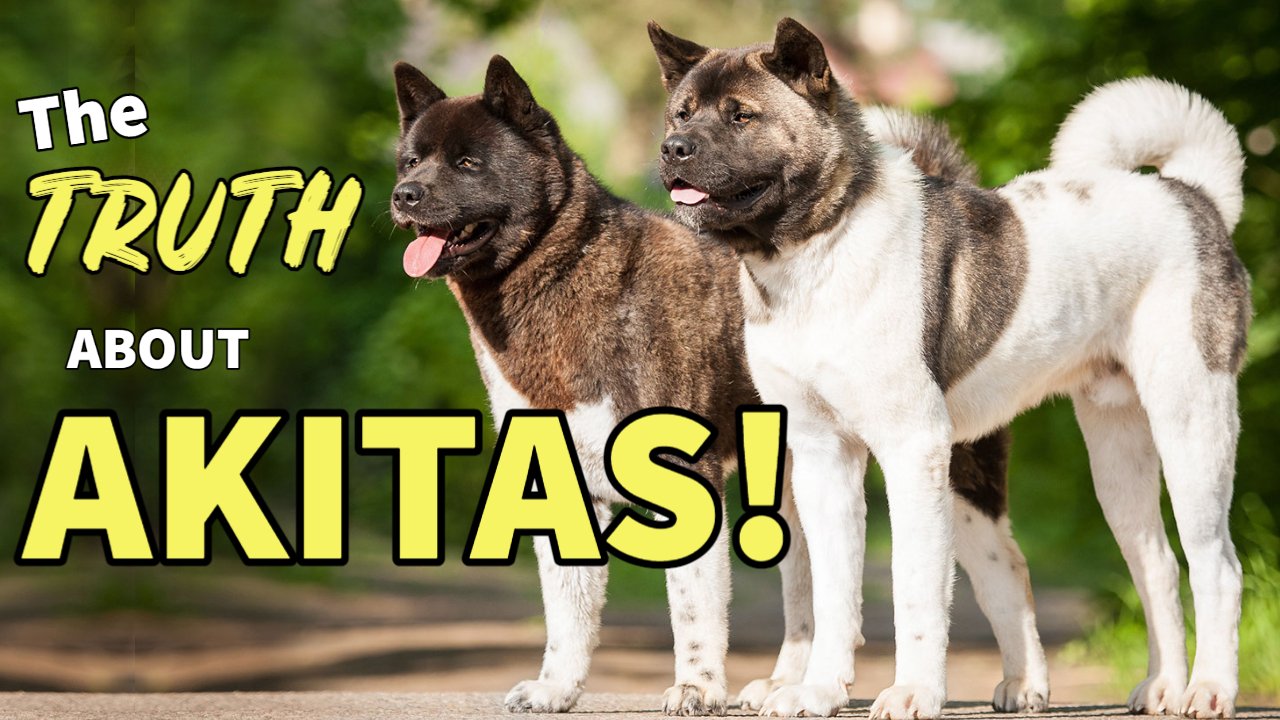 Akitas are not a very common dog breed. According to the American Kennel club, the Akita is about the 50th most popular breed in the US, which is to say, not very popular at all, I mean, can you even name 50 dog breeds off the top of your head? I know I can’t. Due to their lack of popularity, there is a lot of misinformation about the Akita simply because many people do not have hands on experience with these amazing dogs. So today we’re going to debunk the 5 most common myths about Akitas.

Myth Number One: The Japanese Akita is the original Akita

Most people know that Akitas originally come from Japan, in fact they’re named after the Akita Prefecture region of Japan, specifically. So it’s understandable that people would think that the dogs we now refer to as “Japanese Akitas” are “real Akita.” but that’s not exactly true. After World War II there were less than 20 Akitas left in the world, and a handful of breeders worked hard to bring the breed back from the edge of extinction. At that time there were primarily two bloodlines that were being bred, the Dewa line of Akitas and the Ichinoseki line. 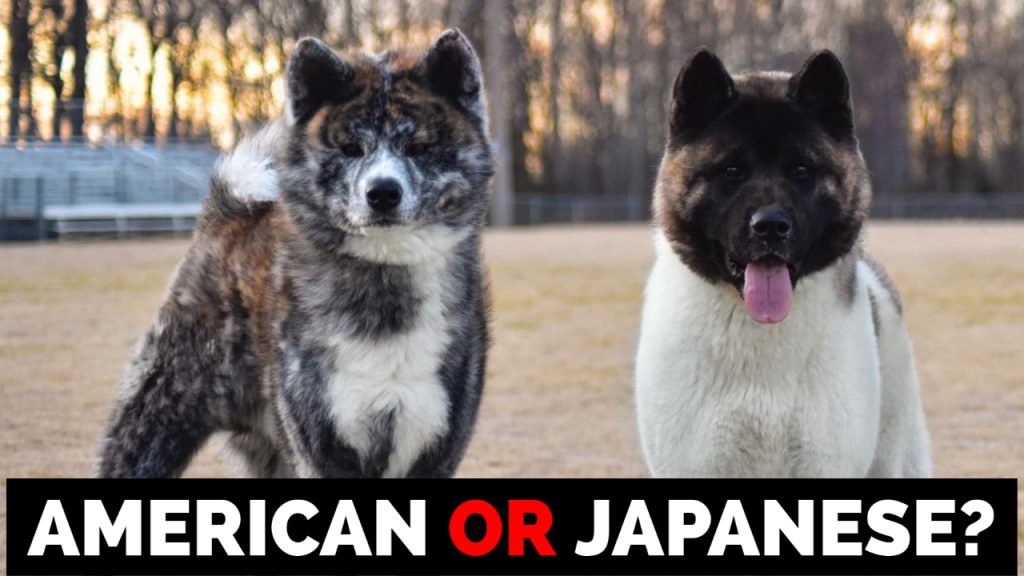 While the Dewa line gained popularity initially in Japan, this was the Akita that eventually made its way to the US, with the Ichinoseki line becoming the preferred “look” in Japanese Dog Showing. There are actually quite a few dog breeds from the Northern Japanese region that bare resemblance to the Akita like the Shiba, Shikoku, and Kai Ken. Even long coat Akitas are thought to get their long fur genetics from a completely different breed called the Sakhalin Husky. Prior to the 20th century, dogs were bred based on working qualities more than anything else, so the real “Akita” was probably an amalgamation of many dogs, and truthfully neither the modern day American Akita or the Japanese Akita Inu represent the original Akita in full. And if you ever compare an all white American Akita to an all White Japanese Akita Inu, you’ll realize these two breeds are a lot more similar than they are different.

To read our article about Japanese Akitas vs America Akitas, click here.

Myth Number Two “It’s all in how you raise them.”

There is a constant battle in the Akita world about whether or not Akitas are dangerous, and if their behavior is a result of their genetics, or how they are raised and trained. The truth is people who pick one or the other are both wrong. Life is not black and white, and Akita behavior is no different. While Socialization and training from an early age are important, they will not be able to totally overcome an Akita’s natural temperament, and with that said, even a naturally mild mannered Akita will be a danger to those around it if it’s untrained and unsocialized.

Akitas, like people, are all individuals with their own thoughts and emotions. Each particular Akita you encounter will be the sum of many factors, including both genetics, and training. This is why it’s so important to get your Akita from a reputable breeder, who can help match you up with an Akita puppy that will best fit your lifestyle and dog ownership experience.

While you may think a double coated dog like an Akita would leave a constant trail of fur in its wake, in reality Akitas don’t really shed in the traditional sense. Instead Akitas do what is known as “blowing coat”. This means Akitas go through periods of large sheds where all of the excess fur comes out at once. During this time it’s important to get the fur removed quickly, and efficiently to help reduce the risk of your Akita developing hot spots. You can bring your Akita to a groomer, or you can purchase a special blower that helps get the loose fur out of your Akita’s coat. 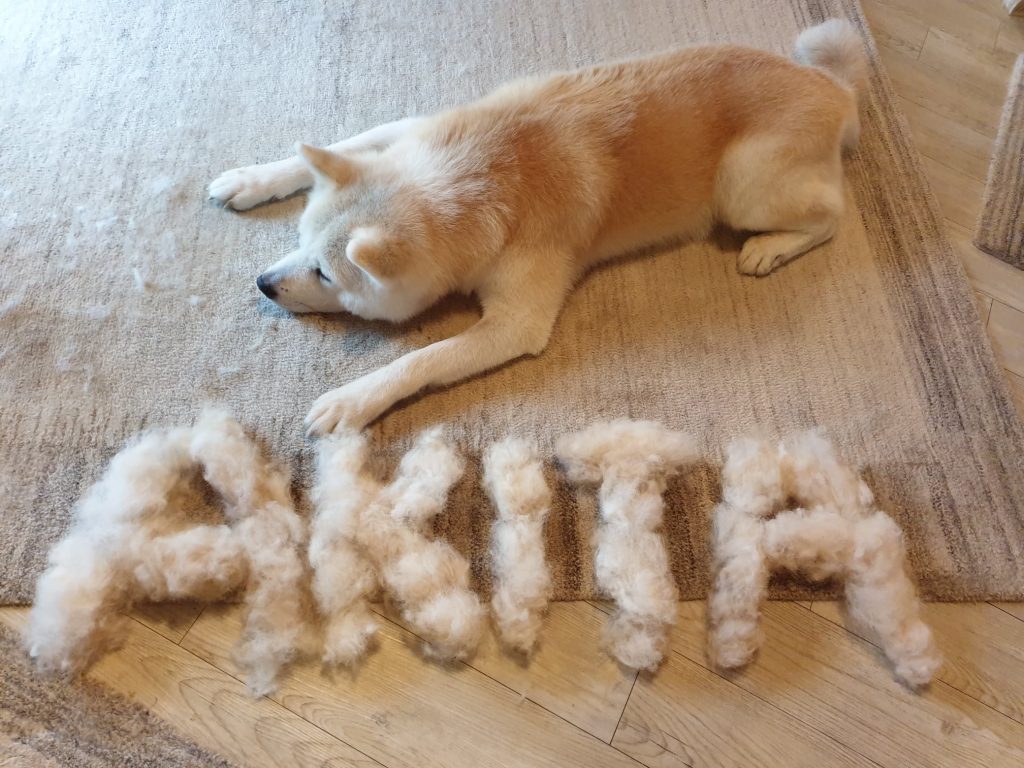 Some Akitas will certainly shed more than others as well depending on the region you live in, the age of your Akita, and whether or not they have a shorter tight coat, or are a long coat Akita!

The only thing bigger than an Akita’s big goofy head, is the legends and stories surrounding Akitas. While it’s likely true that Akitas were used to hunt bear, this doesn’t mean a single Akita was taking down one of the world’s most dangerous land animals. When dogs are used for big game hunting, they are usually used in packs, and are trained to strategically corner and wear down bigger animals until the hunter can wound or kill the game.

But when most people hear that Akitas would hunt bears, they quickly assume that an Akita would easily and gladly take down a person. While Akitas can be wary of strangers, and they do posses a powerful bite, you are statistically more likely to be bitten by a golden retriever than an Akita.

Akitas are naturally protective of their domains and their pack, they can be intolerant of other dogs, and have a strong prey drive, especially for game animals, but many people act like owning an Akita is like walking around with a loaded weapon, which simply is not the case. The key to successful dog ownership is knowing your dog well, and making sure to put them in situations where they can succeed and be safe.

In this way, I like to think of Akitas kind of like sharks, while sharks can be dangerous, we also know that unprovoked, humans and sharks can occupy the same space with little risk. But throw a little chum in the water, and things will change quite quickly.

Myth Number Five: Your experience with one or two Akitas speaks for the entire breed

In the age of the internet, it’s never been easier to hop online and ask questions about Akitas to crowd source information about the breed. The only problem with this, is you never really know who you’re getting your information from.

While most people have the best intentions, we constantly see comments giving extremely bad advice regarding Akitas. There are certain things about this breed that are considered standard such as Akitas being same sex aggressive, suffering from littermate syndrome, being prone to fatal conditions like bloat, and being potentially unsafe around small children and small animals like cats or rabbits, yet there is always someone quick to say “well MY Akita was fine.” and that’s great, but it’s important to know that you don’t speak for the whole breed, and your situation is probably just the exception to the rule.

My American Akita absolutely LOVES meeting new people, but I would never tell anyone that is typical Akita behavior, because it’s not. In the end the best place to get your Akita information from is trusted sources like reputable Akita breeders, and veterinarians and dog trainers with hands on Akita experience.

So what do you think? Are there any myths we missed? Let us know in the comments, and make sure to like and subscribe if you Have an Akita, want an Akita or are just plain crazy about Akitas, like us!