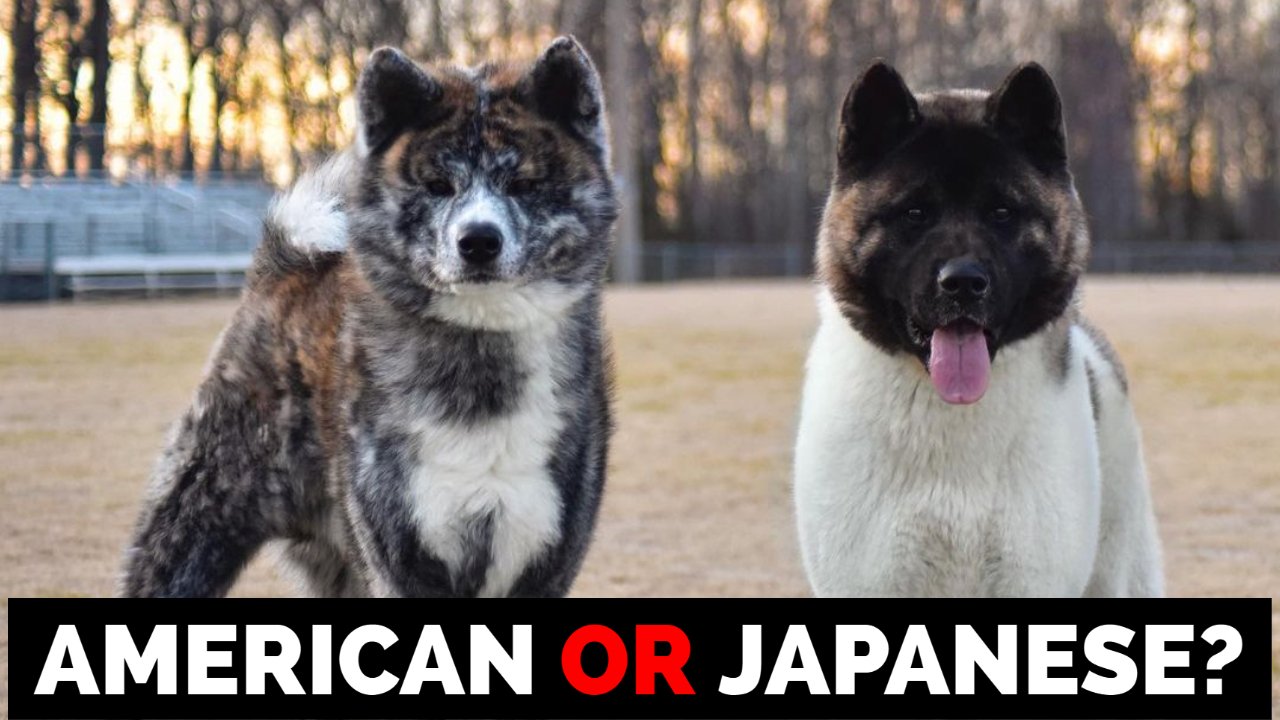 In today’s article we are going to cover all the differences, and the similarities between the American Akita also known as AAs and the Japanese Akita Inu also known as JAs, as well as tackle some of the common myths and misconceptions about these wonderful dogs. Our hope with this article is to help you make the best decision possible regarding which type of Akita is right for you!

To understand how we ended up with two types of Akitas, we first need to learn a little bit more about the history of the amazing Akita. Most people know that the Akita breed originated in Japan. This leads many people to believe that what we now refer to as “Japanese Akita Inu” are the “original” Akitas, and that “American Akitas” are a spinoff of the Japanese Akita Inu. This isn’t exactly true.

Akita is a region in northern Japan, and the word Inu is Japanese for “dog.” This means that originally any dog in the Akita region was often referred to as an Akita Inu. There are many breeds of dog that are native to Japan, and especially the snowy northern areas of Japan. Dog showing as we know it today didn’t exist prior to the early 20th century. Previously dogs weren’t bred to maintain breed lineage, but rather to produce dogs that were suited to the work their owners needed them for. This included sled pulling, hunting, herding and home protection.

Sadly, dog fighting became very popular in Japan, and the dogs of the Akita region were often bred with several different breeds to produce bigger and stronger dogs, including the Tosa breed, which is the largest breed of dog in Japan.

Eventually dog fighting was outlawed, and famine struck Japan through the difficult years of the World War I and World War II. This led to many dogs being eaten, or left for dead because there was not enough food to feed them. In the years immediately after World War II, the Akita breed had dwindled down to an estimated 16 dogs.

When the Akita was first brought to the United States by Hellen Keller in the 1950s, these were Akitas of the Dewa line, hence how this line of dog became known as the American Akita, while back in Japan, under dog showing guidelines, the more fox-like Ichinoseki line became the preferred type.

In truth it is unlikely that either the American Akita or Japanese Akita Inu fully represent the original Akita of ancient Japan.

In general American Akitas tend to have broader heads, with a more bear like appearance, where the Japanese Akita Inu has been said to be more “Fox like” in its appearance.

While some people say there are differences between the American Akita and the Japanese Akita Inu in terms of temperament, these differences are likely very subtle, or non existent depending on the specific dogs in question. 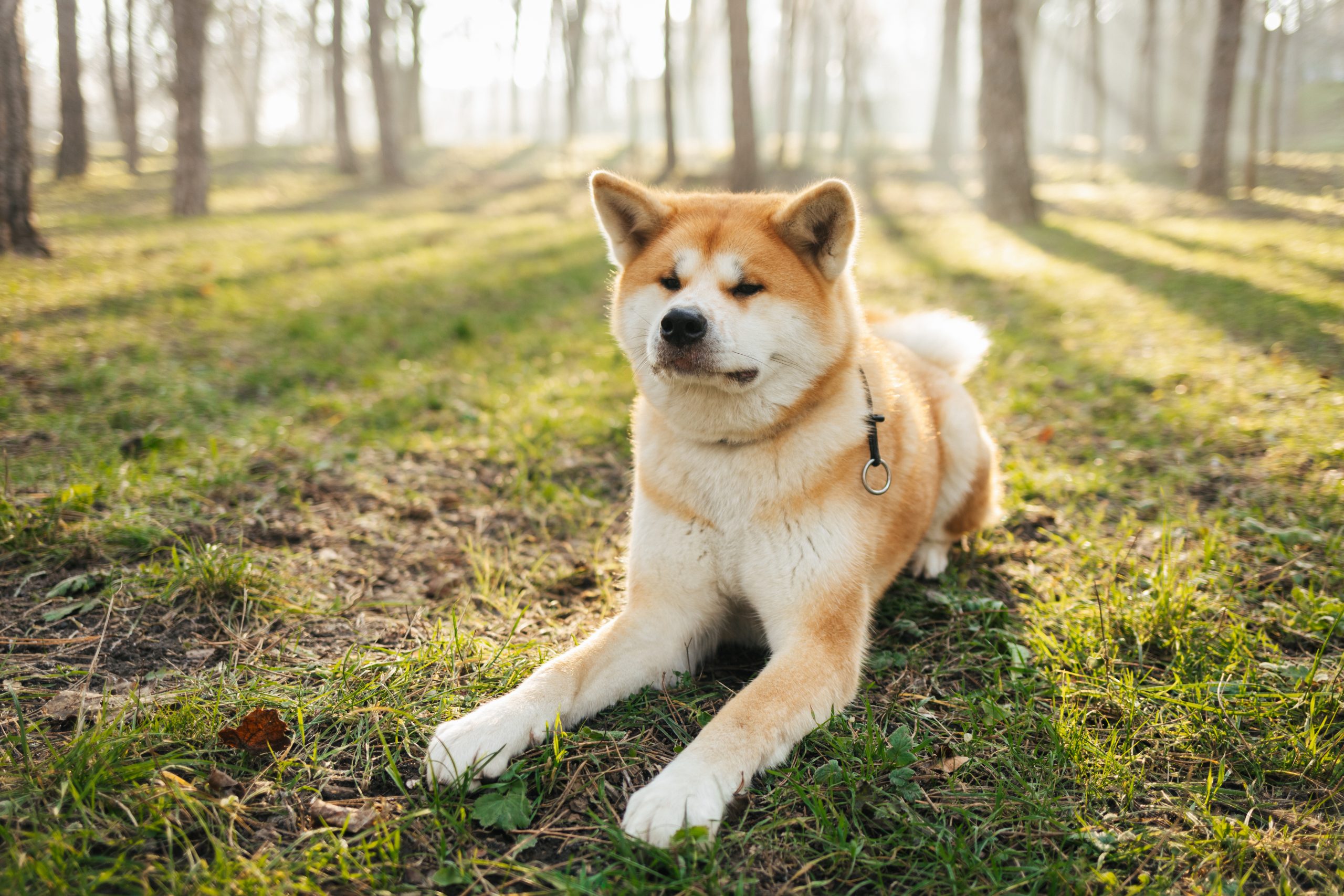 In general both the American Akita and the Japanese Akita Inu are aloof, independent and intelligent. Both of these lines of Akita are traditionally best suited for single dog homes, and have a very high prey drive. Some people believe that the Japanese Akita is more easily “offended” than the American Akita, and needs a gentler hand in terms of training, but for most people, it would be difficult to tell the difference.

While the American Akita and Japanese Akita Inu do each have a distinct look about them, they do both have some physical similarities. Both types of Akita have the distinct tightly curled tail, both dogs are tall and powerful, with small eyes, and pricked ears, and both types of Akita can have the Long Coat Akita gene. 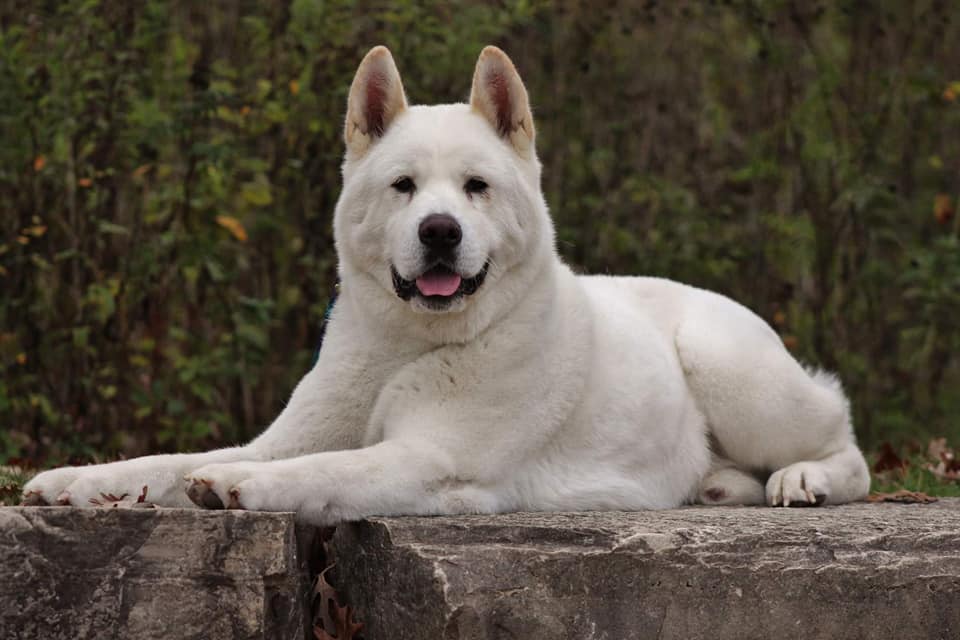 However, while you may think American Akitas and Japanese Akitas look distinct from one another, looking at both breeds in all white coloration makes the differences less noticeable. 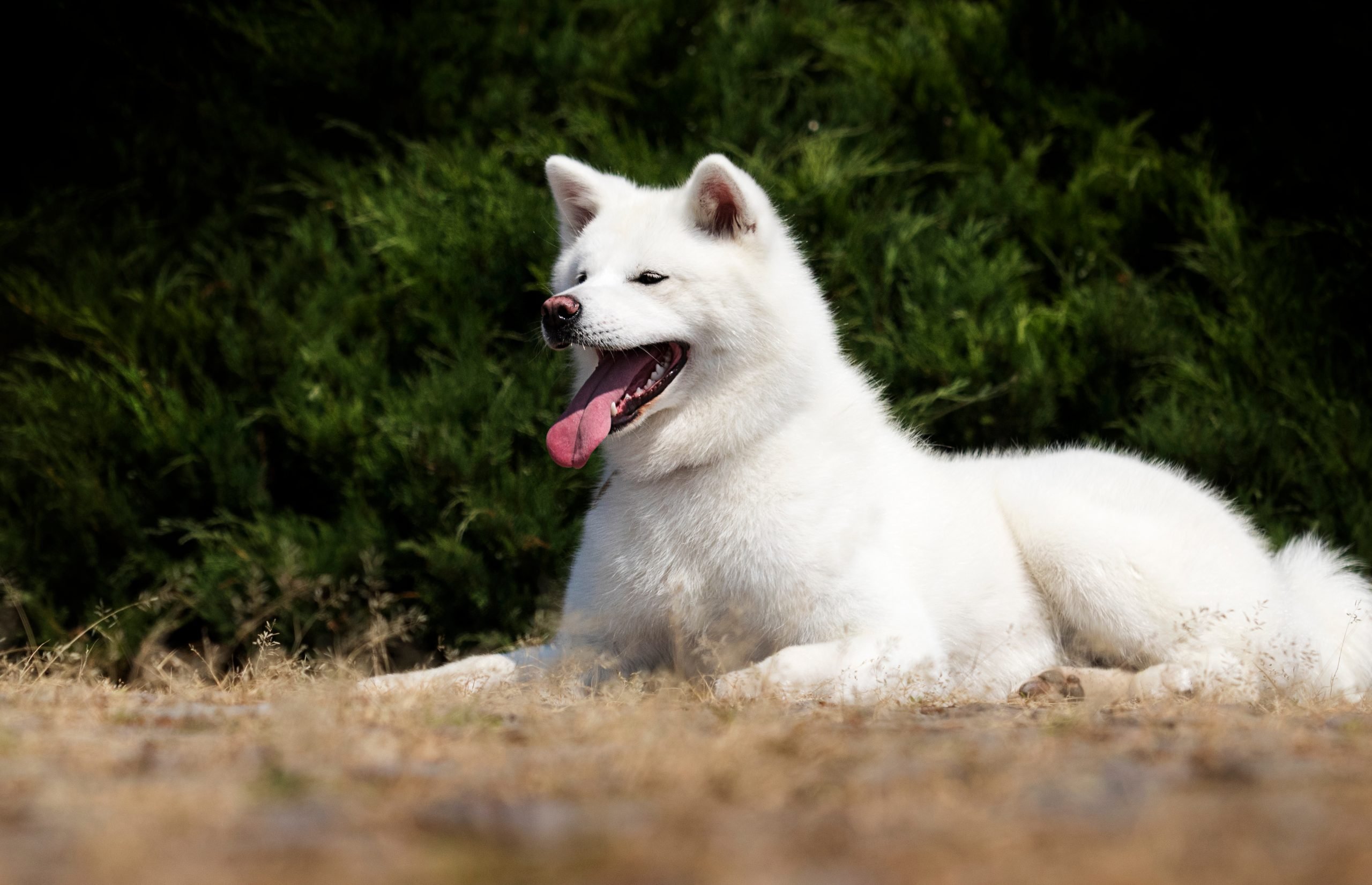 No matter which breed you decide to go with, picking a reputable breeder is extremely important, so make sure to check out our Get an Akita page to find the perfect American Akita or Japanese Akita Inu for you and your family!

Previous Post
What to Do if Your Akita Eats Chicken Bones/Wings
Next Post
Can You Leave Akitas Alone at Home?