Do Akitas Bark a Lot? 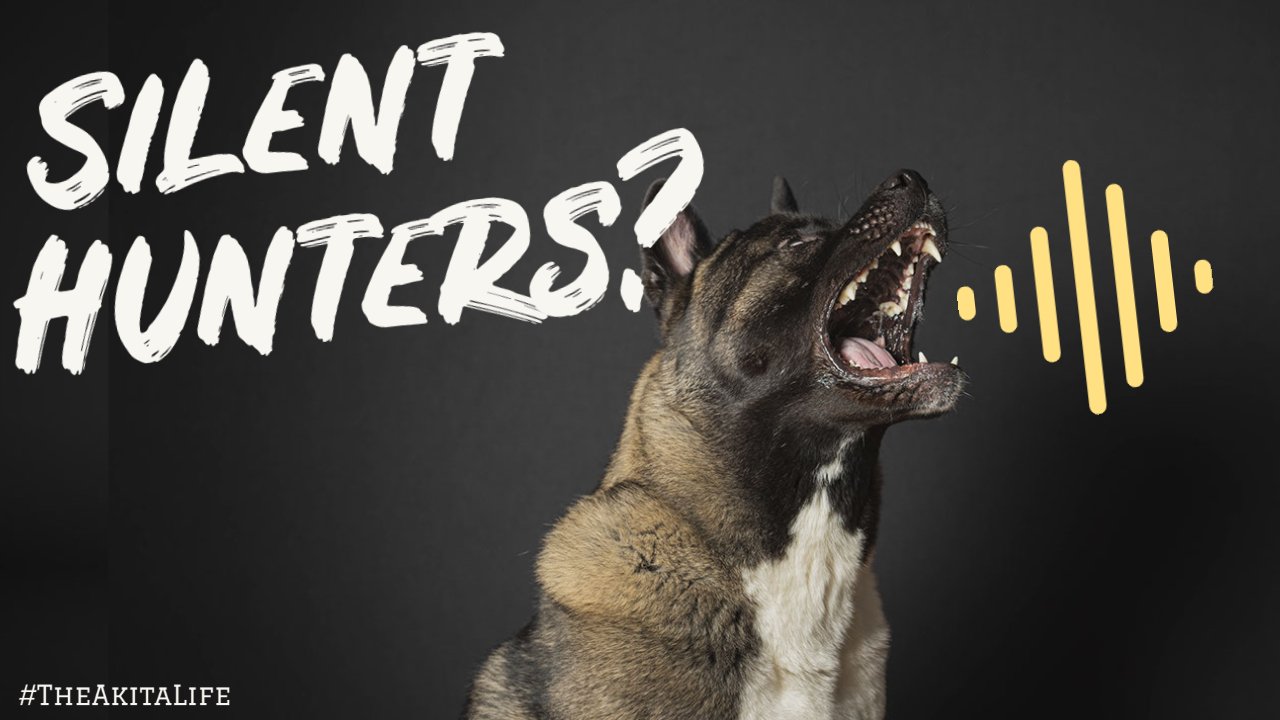 There are many factors to consider when you are thinking about getting a dog. Many people are drawn to Akitas because of how beautiful they are, and they are arguably the cutest puppies on the planet. However it’s important to make sure whichever breed you take home truly fits with your lifestyle. Some of the factors you may want to consider are:

One thing that you may also want to consider is, how much a dog barks. This may seem like a silly thing to think about, after all, who wants a barking dog? Isn’t less barking always better? Well, not necessarily! But you came here because you want to know: Do Akitas bark a lot?

Akitas do not bark a lot unless they have a reason to bark. While some dogs bark when they’re happy, or when they’re sad, or when they’re hungry, Akitas typically only bark for one reason and one reason only: They see someone (or something) they don’t like and they want you to know about it, which can be an important quality, here’s why…

Why You Would Want a Dog That Barks

Some people own dogs for home protection. Home protection doesn’t necessarily mean defending the home against from would be burglars, home protection can simply mean alerting you when someone arrives. Not all dogs bark when strangers approach. If you are a private person and you are wary of anyone who comes on to your property, an extra friendly dog breed may not be for you.

Other dogs bark when they want to communicate with you about what they want and need. Some people may find this communication helpful for avoiding accidents in the house, or alerting them when something is wrong. If you live on a farm, a barking dog can also help to corral other animals, or inform property owners of a threat like a coyote or bear.

How Much Do Akitas Bark?

So to the heart of the issue: Do Akitas Bark a lot? Akitas are not known for being vocal dogs and typically only bark when necessary. Because they were bred mainly for home protection, Akitas will bark when a newcomer steps foot onto your property, but will rarely bark for anything else.

In fact, Akitas bark so infrequently, they are known as “The Silent Hunter.” This is probably due to the fact that for many years they were bred for hunting bear. Good hunting dogs don’t bark unnecessarily as they don’t want to alert their prey that they are approaching. 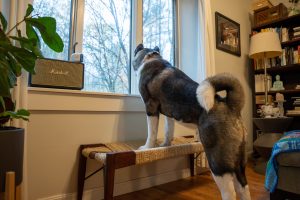 With that said, be prepared for your Akita to bark a lot when anyone pulls into your driveway, or comes knocking on your door. In the age of frequent Amazon deliveries, this could be a problem for some people. Personally, I like the “doorbell” feature of our American Akita, Haga, however if we lived in a neighborhood where the houses were closer together, or in a space with shared walls like an apartment complex or condominium, I could definitely see his barking being a problem for the neighbors, so that is something you need to consider before getting an Akita.

One thing that is worth mentioning, is that Akitas will typically only bark when they can see a potential threat, so if your Akita doesn’t have a clear line of site to the outside, it’s unlikely for them to start barking. Our American Akita, Haga loves our bay window, because we live on a hill, he can keep a watchful eye on the whole neighborhood.

Do Akitas Have a Loud Bark?

Although Akitas don’t bark frequently or for no good reason, they do have a thunderous bark. This shouldn’t surprise anyone as they are large dogs, with male Akitas reaching upwards of 130lbs. Akitas are also known for being barrel chested and densely muscled, all of which contributes to them producing an extremely intimidating bark.

Our American Akita has scared more than a few visitors stopping by, whether it be the delivery man or a Jehovah’s Witness, our Akita makes sure we know someone is approaching, and let’s any visitors know that their presence has been noted. Our Akita’s bark is so loud that you can hear it from anywhere in the house, and if you’re lucky enough to be standing in the same room as him, you’ll feel his bark deep in your chest.

I also quite clearly remember when we picked Haga up from the breeder, who had about 15 Akitas at the time. All of the dogs

What Other Sounds do Akitas Make?

Keeping in mind that Akitas don’t bark much, be on the lookout for any barking that may be out of character for your Akita. Sometimes barking can be a sign of pain or discomfort in a dog, so if your Akita seems to be barking more than usual, a trip to the vet may be in order. Although Akitas aren’t very vocal dogs, they will sometimes growl at people they don’t like or other dogs they don’t trust

In general it’s fairly uncommon for Akitas to whine, our American Akita, Haga, will typically only whine if he’s have a bout of diarrhea and needs to be let outside. We are incredibly grateful that he is smart enough to let us know he’s having an emergency! Other than that you can except some super cute snoring and yawns out of your Akita. All in all, they are really quiet dogs!