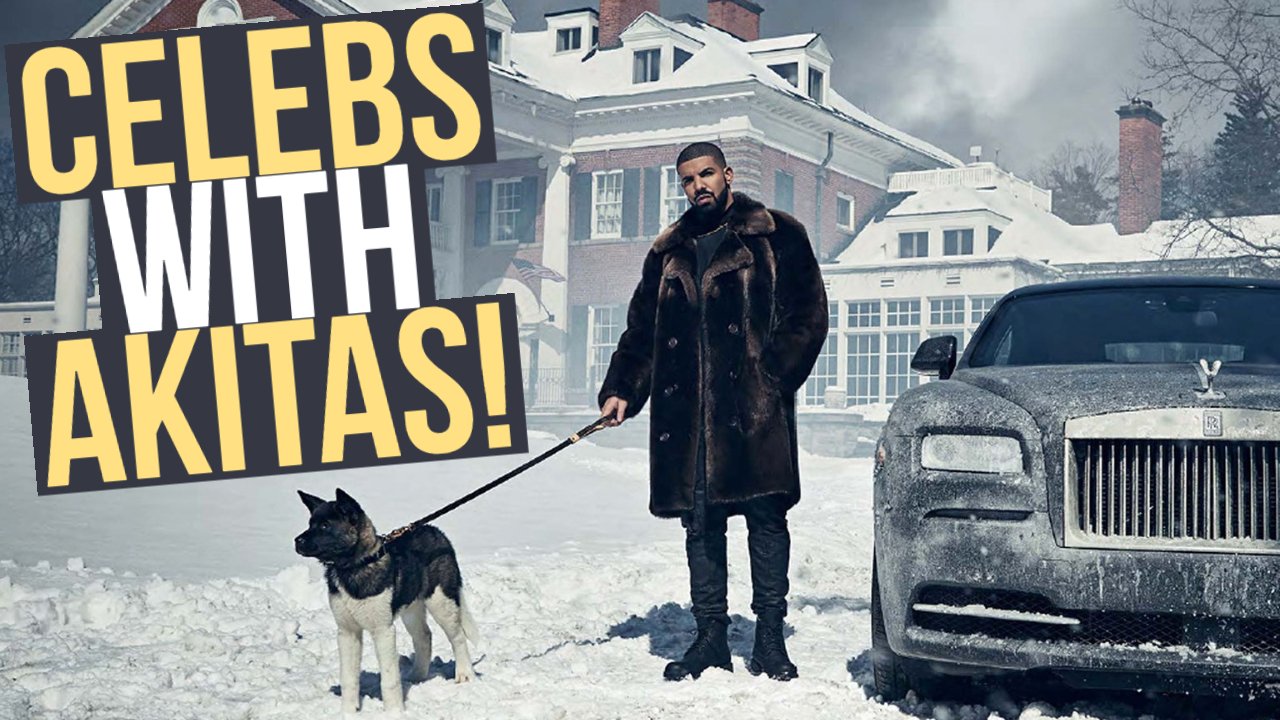 Although the Akita breed isn’t well known, they still get plenty of love from a handful of well known celebrities. If you think about it, an Akita is a perfect dog for a celebrity. With their protective nature, Akitas can ward off any unwanted paparazzi, tourists, or other would be pests stepping on to a celebrities property.

Today we’re going to cover 20 different celebrities’ that own Akitas. 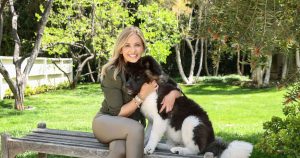 Sarah Michelle Gellar made her claim to fame with her role on Buffy the Vampire Slayer and in cult classic movies like I Know What You Did Last Summer, and while her career may have cooled off as of late, she is a well known life long Akita lover. SMG currently has not one, but two American Akitas, a long coat, and a regular coat, which she frequently shares on her Instagram.

She’s also been known to make posts about her previous Akita, Tyson who crossed the rainbow bridge some years ago.

But Sarah’s Akita ownership is not without controversy. When she announced her two new Akita puppies, here social media was rife with negative comments, with people shaming her for buying from a breeder rather than adopting, as well as her choice to bring home two puppies at the same time from the same litter.

While two puppies is definitely twice the work, we’re confident a celerity with her assets had the necessary to support to make it work, and while adopting Akitas from a shelter is always a wonderful thing to do, buying from reputable breeders helps to preserve the breed and the breed standard. 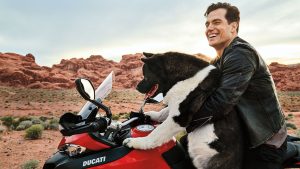 Although British actor Henry Cavill has been featured in motion pictures since the late 90s, he’s recently gained a lot of popularity in his lead role as Geralt of Rivia in the Fantasy hit  The Witcher. He’s also well known for his role as Superman, and has played along side mega stars like Tom Cruise in 2018’s Mission Impossible: Fallout.

Henry often posts pictures of him and his American Akita, Kal, (who’s named after his Superman Character, Kal-El), on his Instagram, and reportedly always had his best buddy beside him on the set of the Witcher. However reports indicate that Cavill got his Akita from Big Bear Akitas in Arkansas, and they are not on the approved breeder list of the Akita Club of America…Bad Henry! 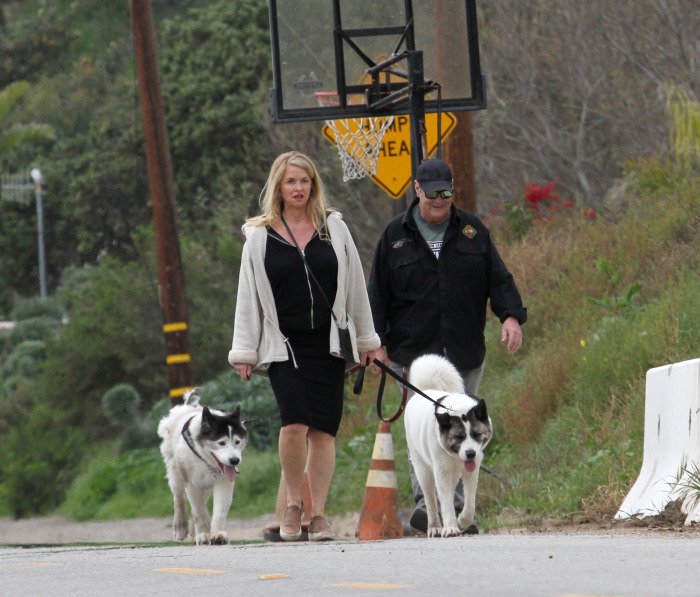 Our younger readers might not known the name, but Dan Aykroyd is comedy royalty. Most known for his role in the original Ghost Busters, Aykroyd has also played roles in other all time famous films such as Blues Brothers, Tommy Boy, Indiana Jones, Coneheads, and Trading Places.

While there isn’t much info about Aykroyd and his Akitas, it’s at least good to see he walks his own dog, instead of hiring someone else to do it, like many celebrities do! 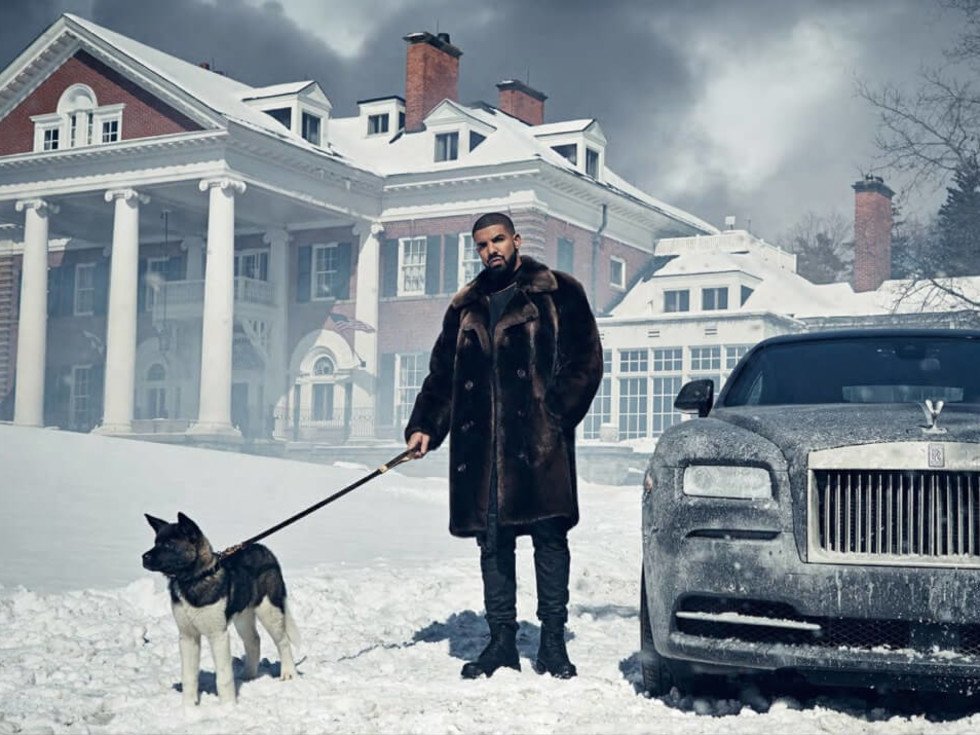 Child Actor turned mega-star rapper, Drake, featured an Akita on his the cover of his 2016 album, Views, however, this wasn’t just a one-off photo shoot for the album art, the American Akita featured is Drake’s personal dog, Diamond. But despite being a social media star with nearly 100 million followers on Instagram, Drake rarely shares photos of his beautiful Akita. 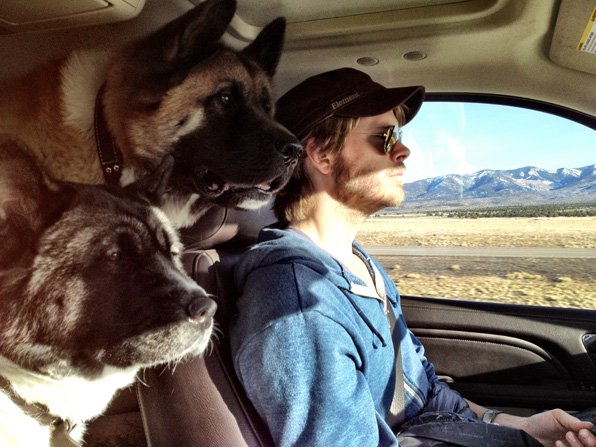 While he might not have the star power of the other celebrities on our list, you probably recognize Eric Christian Olsen from his prominent role on the crime TV series, NCIS: Los Angeles. Olsen has also appeared in movies such as Eagle Eye and Beerfest.

Currently Olsen has two American Akitas, Dakota and Delilah, and unlike some of the other celebs on this list, he isn’t bashful about sharing photos of them on his social media feeds, so if you’re looking for good Akita content, Eric is the celebrity you want to follow. 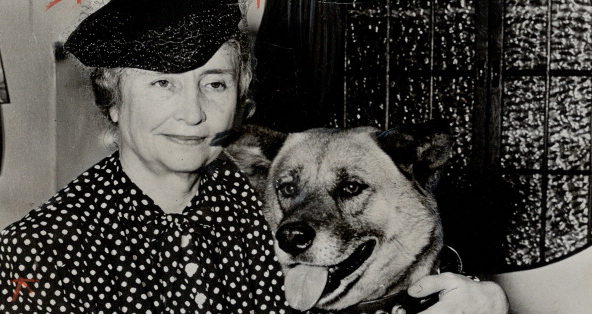 While you might not think of Hellen Keller as a celebrity in the modern sense, she is a prominent figure in history, and also credited for bringing the Akita dog to America from Japan. If you’re not familiar with her story, Keller was born in 1880, and lost her ability to see and hear due to illness before her 2nd birthday.

Keller went on to become an author and prominent disability rights advocate. Her advocacy brought her to all around the world, including to Japan in 1937, where she was gifted an Akita named Kamikaze-Go. Keller was absolutely in love with the Akita puppy and referred to him as an “Angel In Fur” but sadly the Akita died of distemper at only 7 months old. Upon hearing the news of Keller’s loss, the Japanese sent Keller another Akita puppy, named Kenzan-Go.

When the American public first saw pictures of Keller and Kenzan-Go together, it sparked interest in the breed, and that is how the Akita made its way to America.