Can You Leave Akitas Alone at Home? 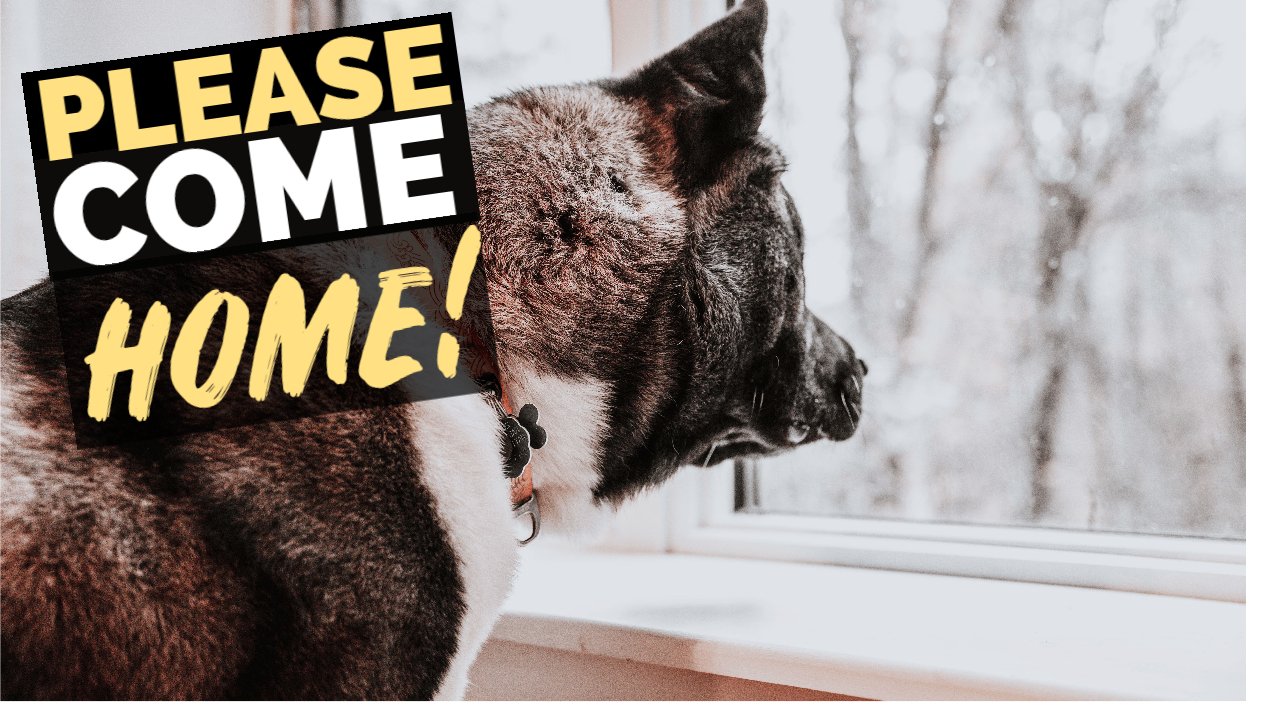 Akitas are known for being aloof and independent. It’s been said that if you want an extremely cuddly dog, then the Akita isn’t the right dog for you. With that in mind, it would stand to reason the Akita might be a great dog for those who aren’t home much, since they like to be left alone, right? So can Akitas be left alone at home?

Akitas can typically be left alone for upwards of  6-8 hours, after they have reached 12 months of age, and if they have access to water, and the temperature of your home is not too hot. However whether or not it’s a good idea to leave your Akita alone will depend on a few things including their individual personality, how well they’re trained, and what other items and animals you have in your household.

One of our favorite things about our American Akita, Haga, is that he is a big snuggle bug. When we go to bed at night, he’ll do absolutely everything to smash himself into you. He loves being close, and he also loves a good butt scratch. If this sounds surprising to you based on what you’ve heard about Akitas, it shouldn’t, because the truth is Akitas can be very affectionate dogs, it just depends on the mood that they’re

It’s been said that Akitas are very cat like in their cleanliness. It’s also a fair comparison when it comes to temperament as well. Most of us have probably had an interaction with a cat who goes from being our best friend one minute, to wanting nothing to do with us the next. Akitas can be the same way. Any touching, petting or snuggling, is completely on their terms, not yours. That same snuggle bug that we go to bed with every night, darts out of the room first thing in the morning, and will not be open to pets, playing or anything else until he’s had his morning walk and his breakfast. That’s his routine.

In truth, when you take your Akita home, you may find that they actually like to follow you around the house. That’s how our last dog, Loki, a Japanese Akita Mix, was with us. He wasn’t big into getting petted, but he had to be in the same room as us at all times.

So how were both of these Akitas when we left them alone at home?

Can You Leave an Akita Alone?

First, let’s start by saying, puppies should never be left alone, unless they are in a crate. As you probably know, puppies love to explore the world around them, and the main way they interact with the world, is with their mouths. Your Akita puppy will get into all kinds of trouble you could never imagine, so you need to crate them any time they are unattended.

We didn’t start leaving our American Akita, Haga, alone until he was about 10 months old, and even then, he did not have full reign over the entire house. We sectioned off our living room, where he has plenty of space, and can lay on the window to see the world outside. From the living room he has access to the 2nd floor, however effectively this is just a staircase since we would keep all of the doors closed on the upstairs level. The reason we did this was so that we only had to “puppy proof” one room. 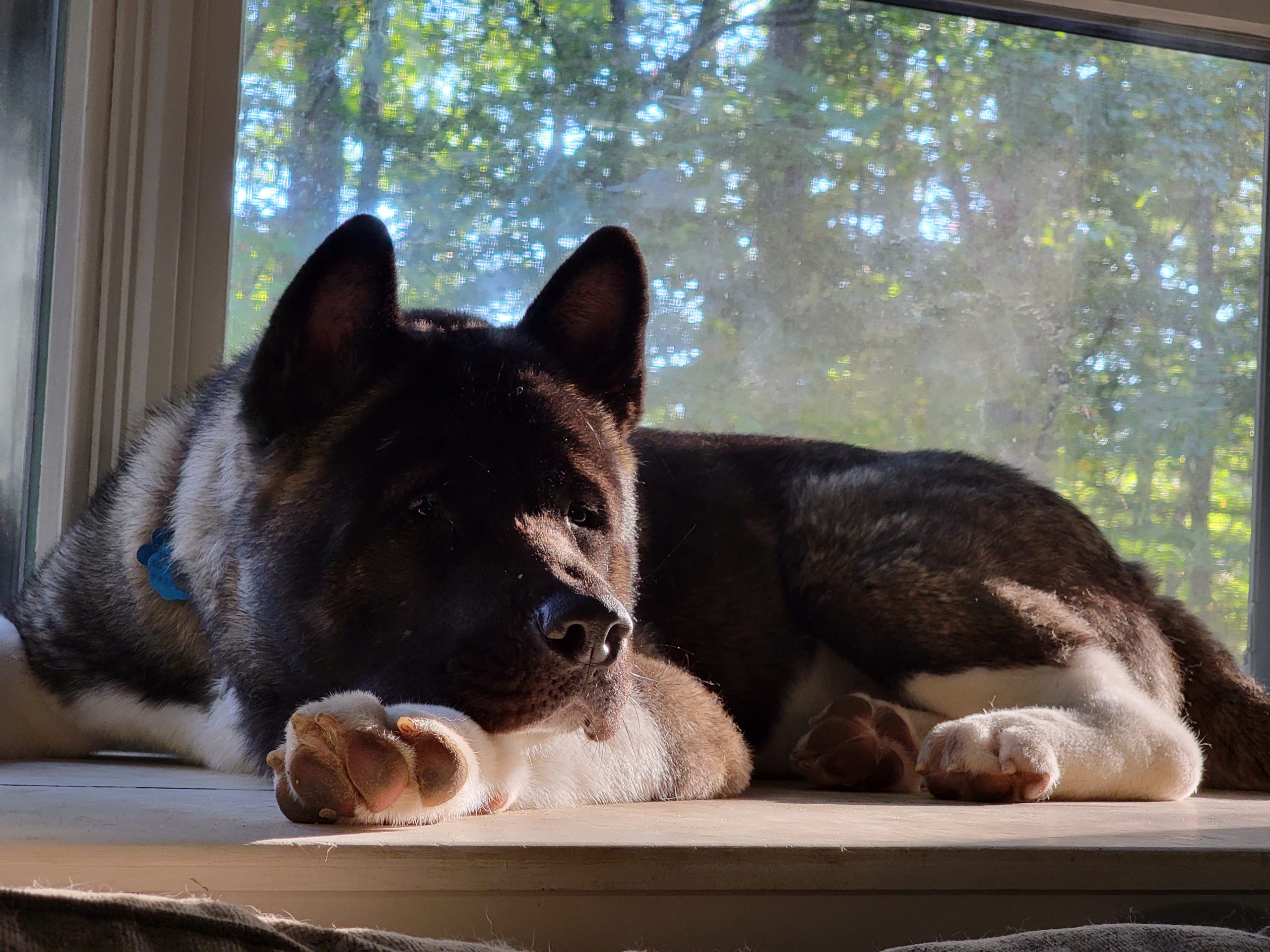 After a while, you’ll get a good sense of what your Akita likes to chew on, and what they’re not interested in, however, despite our Akita never showing any interest in electrical cables, USB cords, etc…, we still made sure these were all removed from the area before leaving him alone.

The one thing that our American Akita loves to chew on the most is anything flowy or puffy like pillows, blankets, etc…however he only does this when he’s showing off. This typically happens when we first come home from work, and he’s excited to see us. We could leave a blanket laying on the couch and he wouldn’t touch it all day, but as soon as he gets excited that we are home, you better watch out, he’s going to shred that thing!

In general both our Japanese Akita Mix, Loki, and our American Akita, Haga can be left alone for long periods of time. We’ve been gone for upwards of 12 hours and had no issue (though try to avoid long durations like that as much as possible). But every dog is different. Here’s a quick list of things to look out for if you’re going to leave your Akita unattended.

How Long Can You Leave an Akita Alone?

A typical guideline for leaving a dog alone is 1 hour for everything month of their life. So for example if your puppy is 3 months old, they can probably hold their bladder for 3 hours, but with that said, it’s really not ideal to leave an Akita puppy alone for more than 4 hours until they are at least 6 months of age.

Adult Akitas notoriously have incredibly strong bladders. It’s not recommended to leave most adult dogs alone for more than 6-8 hours, but we’ve had situations with both our American and Japanese Akitas where we’ve unfortunately been away longer than 8 hours, with zero incident, and they weren’t rushing to get out the door either! 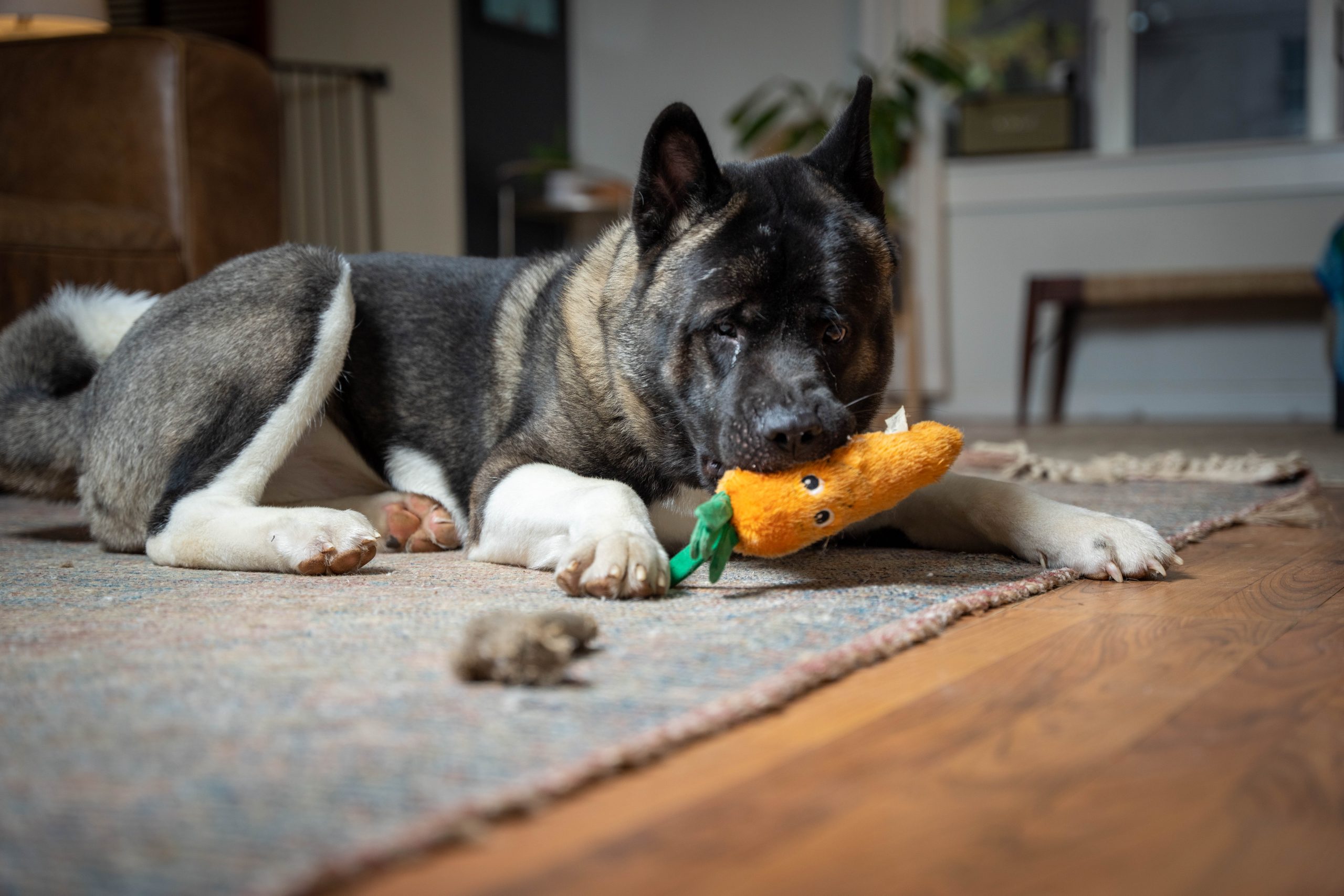 With that said, there is more to consider than just having to clean up a mess when you get home. For the general well being and mental health of your Akita, you’ll want to make sure that they are stimulated throughout the day. If you aren’t able to be there for long durations of time, consider hiring a dog walker, or bringing them to a doggy day care or boarding situation, just make sure you’re very selective about who you hire. We only board our Akita with experienced dog trainers.

Don’t Leave Your Akita Alone With These Things 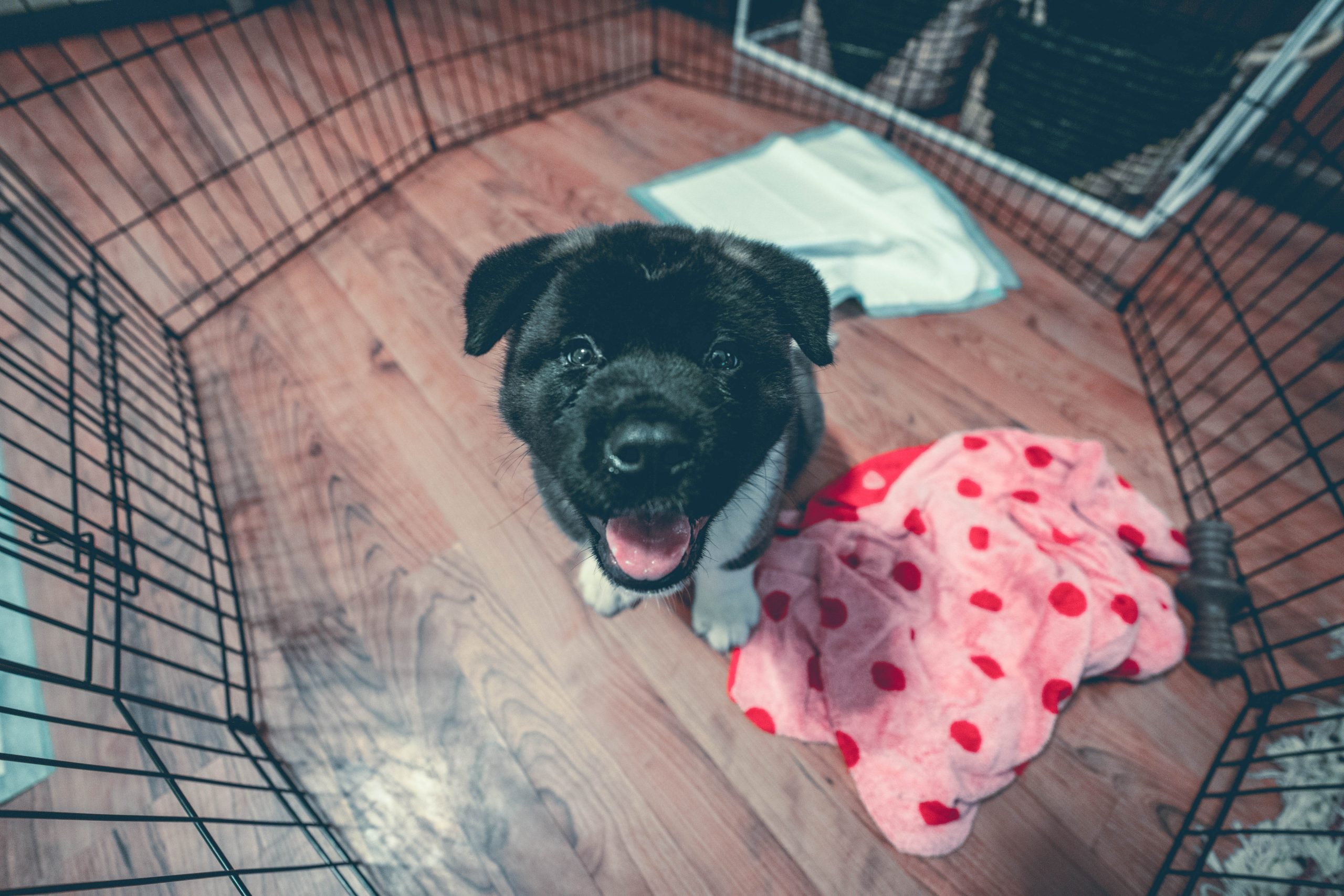 You may have heard that Akitas don’t love crates, and the rumors are true! Akitas originate from the snowy mountains of Northern Japan, it’s in their blood to be outside, with lots of space to run and play. With that said, there will be plenty of instances where you’ll want your Akita to be crated, so crate training them is extremely important, even if you only use it sparingly.

Lookout for a full article on crate training in the future, but the basics are fairly simple

Do Akitas Get Separation Anxiety?

If your Akita does have separation anxiety, which has been an increasing problem with dog owners as more people are working from home, and their pets are getting used to their owners constantly being around, we strongly recommend employing a professional dog trainer to help break this habit and cycle.

Akitas who have been surrendered to a shelter and then rescued by a new family are more likely to have separation anxiety than an Akita puppy, however this again highlights the importance of crate training, even if you work from home, as it can be risky to let your dog get used to your constant presence, as it may not always be that way in the future!