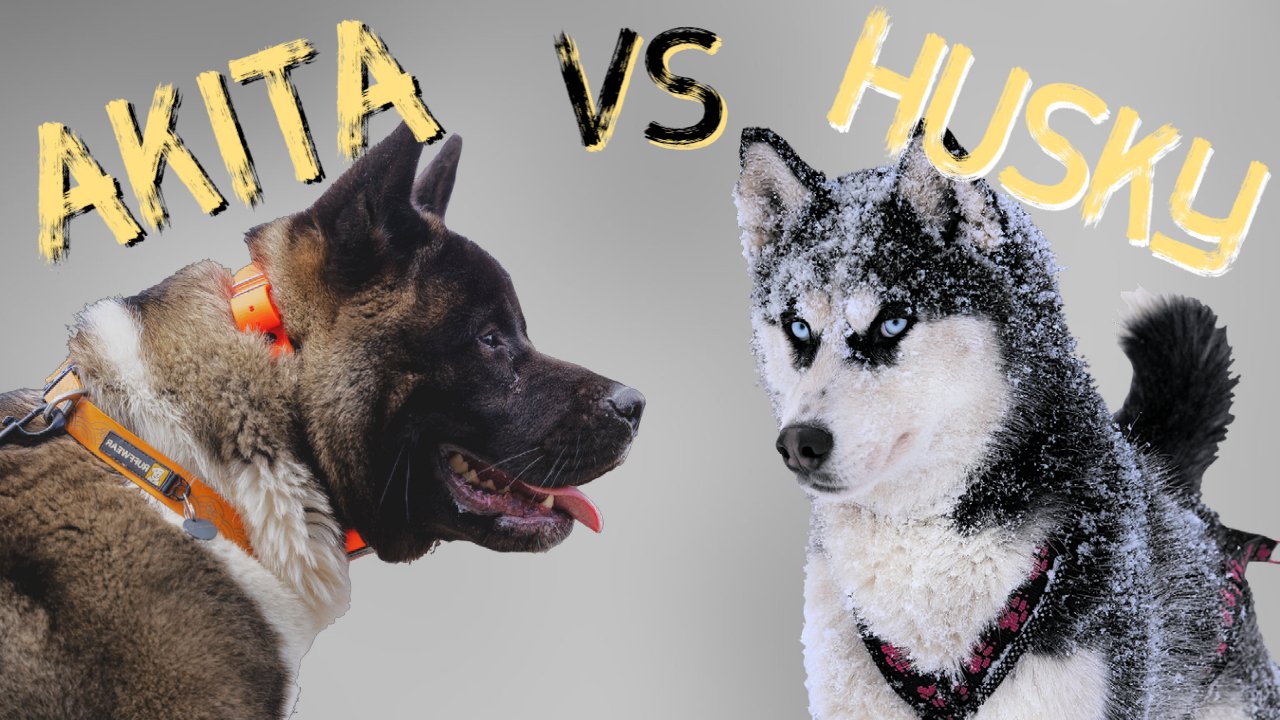 If you own either an American Akita or a Japanese Akita Inu, you will undoubtedly get comments from strangers every time you are out in public. Most of the time people simply stop to admire how beautiful your Akita is, but often people will inquire more about the breed, specifically….”what kind of dog do you have?” However a question that we get ALL of the time is: “What kind of husky is that?”

Although both the Akita and the Husky are amazing dogs who are born and bred for cold weather, that is where the similarities end. Today we’re going to cover all the differences between the amazing Siberian Husky, and the noble Akita!

What is the difference between a husky and an Akita? The Husky and Akita vary in size, weight, colorings, intelligence, skill set and temperament. Let’s break it down.

A Brief History of the Akita 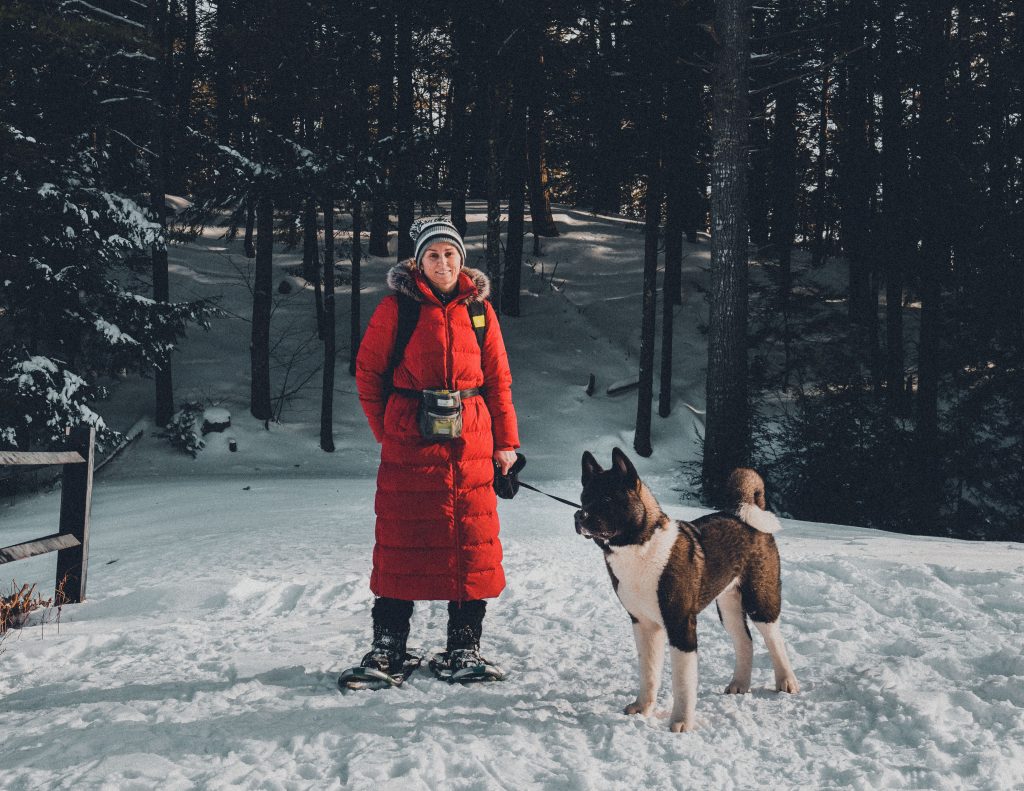 As needs for dogs changed for the centuries, these dogs were then bred for guarding and protecting their owners, which eventually lead to the rise of what we now know as the Akita, as well as these dogs being used for dog fighting. When dog fighting was outlawed in most prefectures in Japan, the breed fell out of favor, and was further pushed to the brink of extinction due to economical hardships brought on by WWI and WWII.

After WWII there were an estimated 16 Akitas left in the world, and breeders worked hard to restore this historic breed of dogs. This is around the time the American Akita and Japanese Akita began to take shape. While some people act as though they are completely separate breeds, if you ever see an all white American Akita and an all white Japanese Akita inu, you will realize how similar these breeds really are.

A Brief History of the Husky

In the late 1800s, the Chuktotka Sled Dog was brought to Alaska, and, where the locals were referred to as “Eskimo”, and thus the name “Eskimo dog” eventually morphed into the word “Husky” and thus the Husky breed was born. 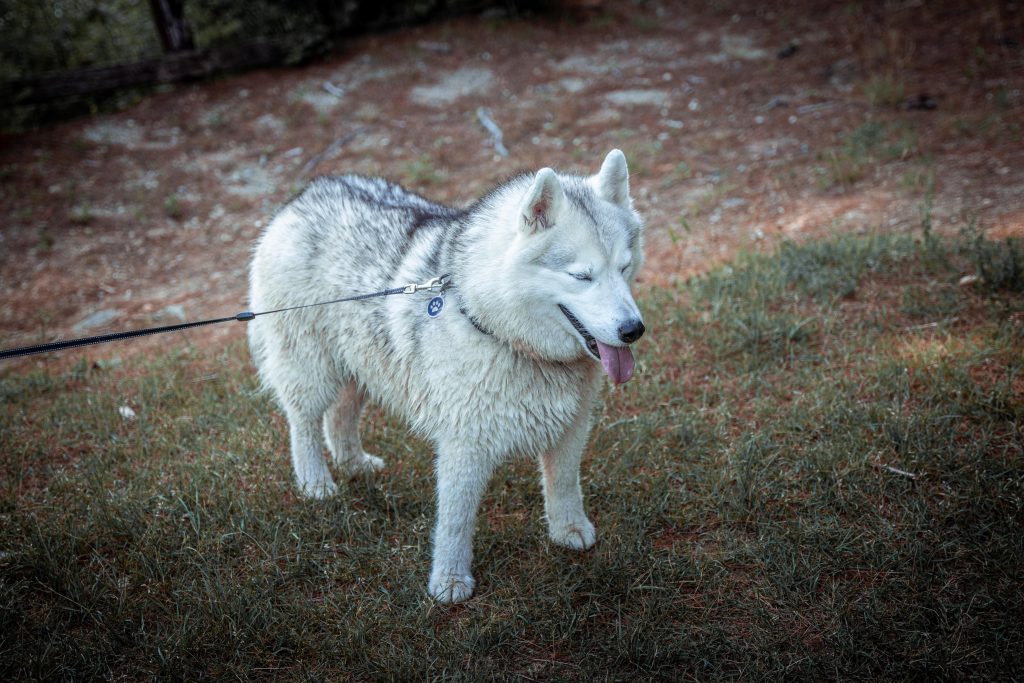 But the history of the Husky goes much further than that. It’s thought that the original sled dog of the Chukotka people is roughly 4,000 years old, and it wasn’t until the 1860s, after a serious famine had devastated the people of Sibera, did the Chukotka people start to breed their sled dogs with another Spitz type breed of dog, which became the Huskies that we know and love today.

Akita vs. Husky Coat and Coloring

Both breeds have a double layer coat, with the undercoat working as an insulation against both hot and cold, and a longer, outer coat which is used to filter dirt, debris, and water. It’s these thick under coats that allow both Akitas and Huskies to withstand extreme cold temperatures. In fact, both breeds absolutely LOVE the cold. 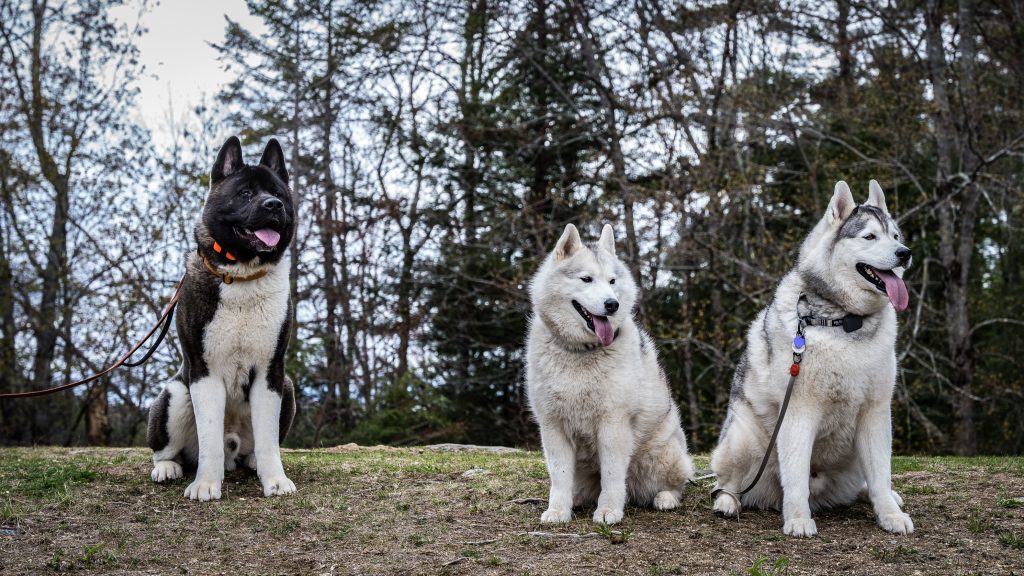 Siberian Huskies come in a variety of colors such as

The Japanese Akita Inu only comes in three colorations:

The American Akita has more color variation than the Japanese Akita Inu and is as follows:

The American Akita is famous for its black mask, while Huskies have no set pattern or shape to their markings. The Japanese Akita Inu must follow a strict pattern of coloration.

Akita vs. Husky Size and Shape

From Smallest to largest they rank

Both the Siberian Husky and the Akita have pointy, triangular shaped ears, however the Husky has a longer snout than the Akita, while the Akita has a bigger and more block-shaped head.

The difference in temperament between the Akita and the Husky is probably where the two breeds vary the most. The Akita has a much different temperament than the Husky, with the Husky being an extremely high energy and vocal breed, while the Akita is known as the “silent hunter” because they rarely bark, and since they are a guard dog, they are content to sit and observe all day long. 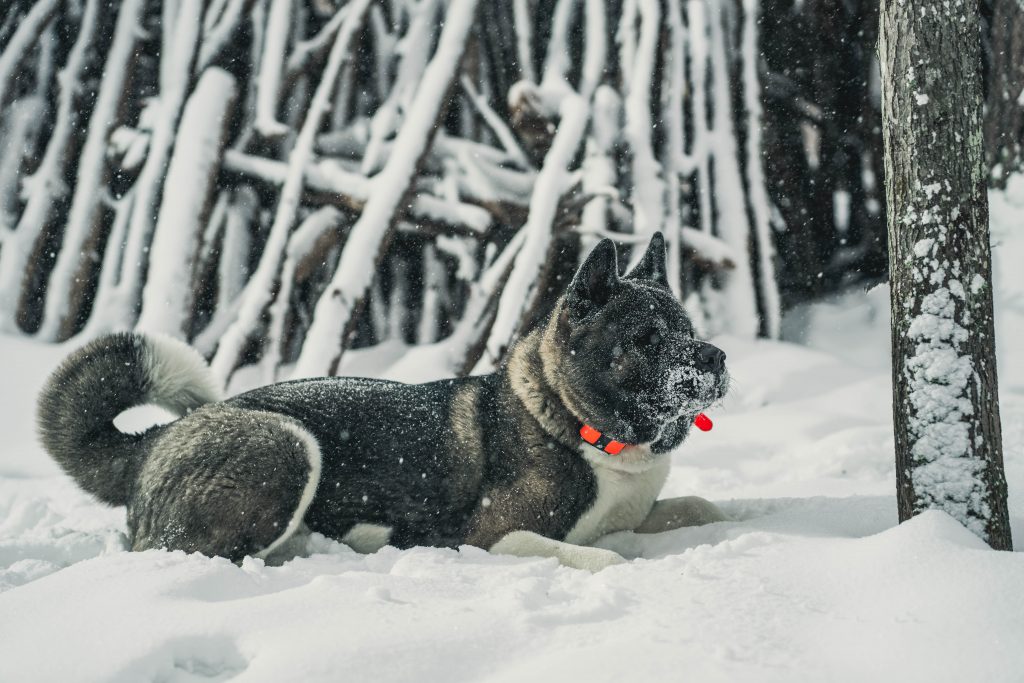 If there is one thing Huskies are known for besides loving the cold, it’s loving to howl! Huskies are known to howl instead of bark, where the Akita is known to do neither. While some Akitas are more vocal than others, in general they are very quiet dogs.

Both the Akita and the Husky are very affectionate with their owners, but Huskies are considered the much more friendly and tolerant breed compared to the Akita. Akitas are known to be very skeptical of strangers, especially in their own household. Huskies are also known to get along well with other dogs, while the Akita is known to be at minimum same-sex aggressive, and often unfriendly to any dogs it’s not familiar with.

For this reason, if you are considering a household with multiple pets, or if you have small children, then the Husky may be the better choice for your family than the Akita.

Huskies will also require a LOT of exercise. A Siberian Husky can run up to 150 miles per day! The Akita is a much more “lazy” dog in comparison. While it’s recommended you walk your Akita for one mile 1-3 times per day, they don’t need much exercise beyond that. So if you don’t have a very active lifestyle, the Akita may be the better choice here.

You may be wondering “Are Huskies smarter than Akitas?” According to dog psychologist and researcher Stanley Coren, the answer is yes, Huskies are smarter than Akitas, but not by much! In a 1995 research study, Coren ranked the intelligence of 130 different dog breeds, with Husky ranking 45th and the Akita ranking 54th.

Both the Husky and the Akita are a working line of dogs, with the Husky obviously being used as a sled dog, while Akitas were used for hunting and guarding. It’s because of these work purposes that the Husky is more friendly than the Akita. When working with as a sled dog, Huskies had to work in unison with many other dogs, while Akitas have been bred for hunting and guarding which is why they are extremely skeptical of anyone they view as an outsider.

As you can see both of these breeds stem from ancient roots, and each have their own unique traits. The best breed for you will depend largely on your lifestyle and your family. If you love to spend time outdoors, have plenty of space on your own property to roam around on, and are interested in owning multiple pets, then the Husky is for you.

If you want a strong bond with a single dog, love to lay around and watch movies and eat snacks, or just want to look regal as hell when walking around your neighborhood, then you should definitely get an Akita!

Previous Post
Bringing Your Akita to the Vet: Everything you Need to Know
Next Post
Akita Leash Training | How to Stop Your Akita From Pulling