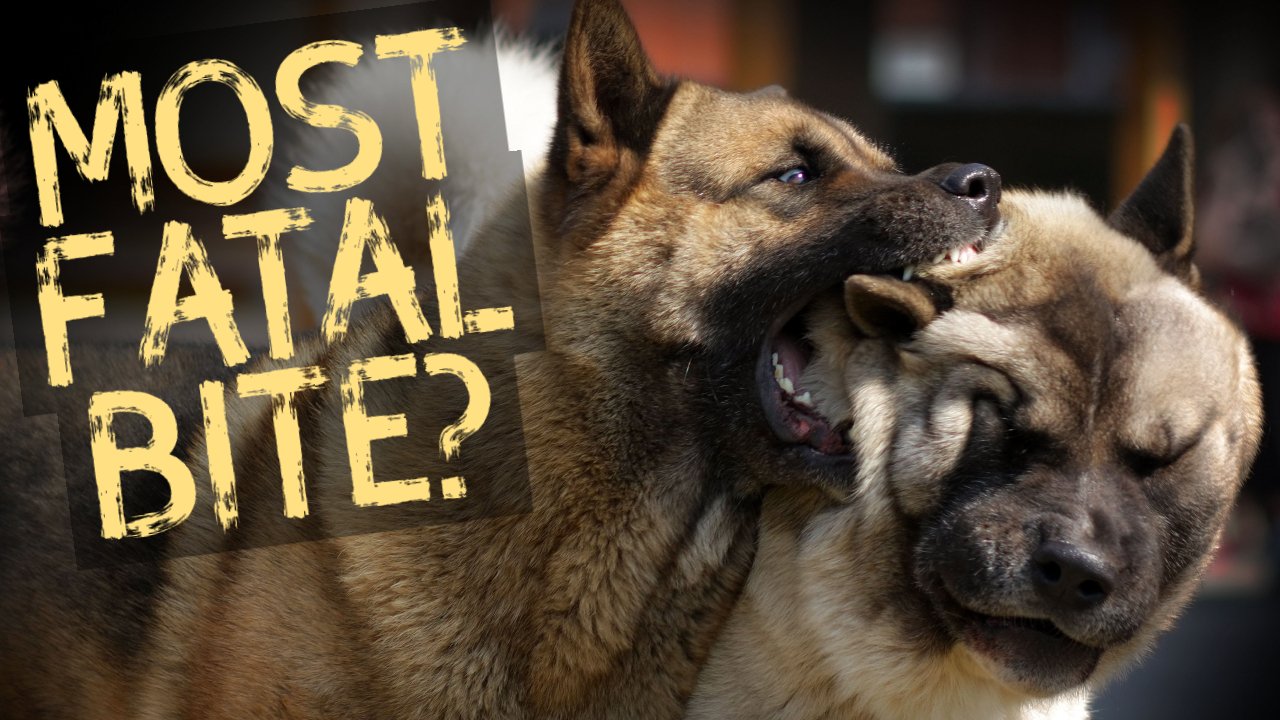 It’s something that few Akita owners ever want to talk about: Dog bites. There is a lot of controversy around dog bites in general, mostly surrounding the Pitbull breed, however many insurance companies won’t provide you with home owners insurance if you own an Akita. Given that the American Akita breed is quite rare, and the Japanese Akita Inu even more so, it seems strange that this niche breed could end up on big insurance companies “no-policy” list.

While we’ve already covered if Akitas are dangerous in another article and video, today we’re going to take a look at Akita dog bite statistics specifically. It may seem like those two topics are one in the same, however there are differences. Dogs don’t bite simply because they are aggressive. Some dogs bite out of fear, pain, reaction, or sometimes even unintentionally out of error.

Data is Hard to Come By

The first problem with understanding Akita bite statistics, is that it’s hard to find one definitive resource for the numbers. Not all states in the US require all dog bites to be reported, and even if they do, many people may not know that they are supposed to report the bite, or even where to report the bite to. Some online resources instruct people to file a police report, while others instruct you to call Animal Control and others still to contact your local humane society.

Since there is no central database for dog bite reports, it makes it extremely difficult to quickly grab dog bite statistics. Fortunately, there are people who are doing meta-analysis of these topics, in other words, they are gathering data from multiple resources and compiling it all together.

One such meta-analysis done by Essig G, et al, looked at 26,000 dog bites between the years 1970-2021, in which roughly 8% of all dog bites were from Akitas. Breaking down the dog bite statistics further, there were roughly 40 Akita dog bites per year over the last 50 years.

While we cannot rely on a single study or even a single meta-analysis, the fact that the Akita is such a rare breed makes it alarming that it could show up so prominently on such a list. So does that mean your likelihood of being bitten by an Akita is high? Well not exactly…

There are roughly 76 million dogs living in the United States. Akitas likely represent a fraction of a percent of those total dogs. So the odds of you even meeting an Akita if you don’t own one are low. But what if you do own an Akita? What are the odds that your Akita will bite you or a friend or a family member?

The odds are still relatively low overall, but high compared to some other breeds. For example, the number of dog bites from Golden Retrievers is 325% higher than that of Akitas, however there are roughly 10x the Golden Retrievers in the US than there are Akitas. As you can see Akita bites account for a disproportional amount when the total number of Akita dogs is taken into account.

However total bites and number of dogs still do not tell the whole story. The severity of Akita bites is greater than many other dogs as well, so while a Jack Russel Terrier might bite more frequently than an Akita, the severity of the bite will likely not be as bad.

According to the aforementioned study, any dog breed with a head and snout that are relatively equal in width/length (like Akitas, Chows, etc…) are likely to produce significant damage.

Now that we’ve talked about Akita bite frequency and severity, let’s take a look at other relevant dog bite data, namely…who is getting bitten? It comes as no surprise that children under the age of 10 are disproportionally bitten by dogs, as well as hospitalized by dog bites. This should come as no surprise. Children often lack the social understanding and motor skills to safely be around dogs. If a child inadvertently grabs a dog’s tail or ear to stop itself from tripping, a dog may bite reactively. Children are also more fragile than adults, so they may require medical attention from a bite that would have been minor to an adult.

This is why I do not recommend Akita ownership for those with small children. This is also why you’ll find inquiries about children in the household on reputable breeder puppy applications. While there are many people who will post pictures online of their Akitas with their children, the statistics point a clear picture, there is an elevated risk. And for everyone who claims that Akitas and kids are “no big deal,” I always ask the same question: Do you think parents would like to hear that YOUR Akita would never bite a child after THEIR child had just been bitten by one?

Another, more recent consideration is that there was a large uptick in dog bites in general at the start of the pandemic. As many people now work from home or continue their education online, they are spending more time in the household with their pets. Pet ownership during the pandemic also increased.

In general, Akitas are not dangerous. If you look at the overall number of Akitas, as well as bite frequency, they may be “more dangerous” than many other breeds, but all dogs have a propensity to be dangerous. The real danger comes in people owning Akitas who should not own Akitas. This is why we produce so much content regarding why Akitas might not be the right dog breed for you.

Ultimately, good breeders will do an excellent job of vetting potential Akita owners. This is why we so frequently talk about the importance of supporting ethical breeders.